The Wave Power Opportunity for Ireland

I was reminded recently of a study we completed on the potential for wave power in Ireland. You can read it by clicking here.

That study was completed over a decade ago.

As well as showing the extent of the opportunity that Ireland has if it could develop this marine resource, the study also set out an indicative timeline for progress and the type of supports that were needed to make it happen.

Of course a lot has happened since then and Ireland has had to face economic challenges that were not and could not have been envisaged at that time.

I’m sure that the people working in this area in Ireland have made progress since then.

But what is most striking is how far these types of opportunities have been pushed off the agenda.

Sure there was a period of crisis and a longer period of adjustment that is still ongoing.

But we have allowed the objective of ‘balancing the books’ to become all-consuming.

I’m certainly not saying that we did not need a fiscal adjustment and I find most of the ‘anti-austerity’ arguments to be much more a case of wishing away or denying the problems that exist.

But the single focus means that Ireland is missing opportunities.

I recently came across the article below which discusses some recent developments in using wave power to generate electricity.

I’m sure these are not the only instances of progress in this technology.

Gibraltar to suck up 15 percent of its power from waves

While world leaders meet in Paris to discuss reducing carbon emissions believed to contribute to climate change, the government of Gibraltar is putting its own renewable energy plan into action.

The iconic British territory has inked a deal with Eco Wave Power to install a 5-megawatt wave energy power station to harvest electricity from the rising and falling waters of the Mediterranean.

We’ve been following Eco Wave Power over the past few years, as the Israel-based company has developed its small-scale float and buoy technology designed to convert the rise and fall of ocean swells into usable energy.

The so-called Wind Clapper and Power Wing power generation system stood up to tests in the face of brutal Black Sea storms, setting the stage for the first commercial agreement to build a wave energy system in China. 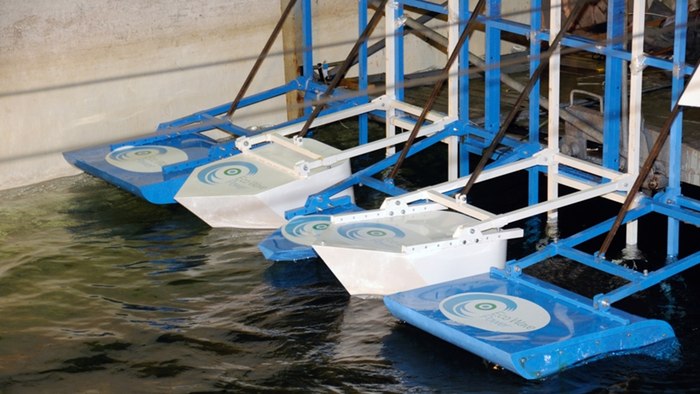 Construction is now underway on grid-connected, 100-kilowatt Eco Wave power stations on Zoushan Island in the eastern Zhejiang province of China, as well as on Gibraltar’s Ammunition Jetty.

For Gibraltar, the small station will then be expanded to a 5-megawatt power plant in a second phase of construction that will provide up to 15 percent of the territory’s electricity needs and meet its renewable energy commitments to the European Union by 2020, according to Eco Wave Power.

If all goes well at the Chinese site, a second phase could be approved to expand that station to 50 megawatts.

Eco Wave Power also has reportedly received approval to build a 100-megawatt system off the coast of Kenya.

Time to Move On

It’s very easy to look back at the bubble period and see the mistakes and promise ourselves that we won’t repeat those mistakes.

We have also put in place some safeguards to ensure we don’t repeat the mistakes.

But we also must realise that we are continuing to make serious mistakes.

The errors are not in the past. Forget about then.

It’s the errors of today that really matter.

These are perhaps most visibly seen in the housing market.

Make no mistake. The currently unfolding housing crisis is not a product of the bubble and burst.

It is a result of the lack of action over the past five years.

And similarly, we are storing up problems by not making sufficient progress to exploit the opportunities that are around us.

Wave energy is one such and we are now falling well behind the cutting edge.

The policy agenda and the nature of economic debate in Ireland has got to move on from crisis-related navel gazing.