KHSK Economic Consultants were commissioned by the Department of Communications, Climate Action and Environment to undertake a comparative study on practices in a range of countries in relation to compensation for the perceived impacts of new transmission lines on landowners in the vicinity of the lines.

The study has been published on the Department’s website.

An important context for the study is provided by the proposed North-South interconnector between the transmission networks of Ireland and Northern Ireland. The planning process for this new infrastructure had concluded at the time of the study.  However, there were ongoing issues being raised in relation to how it might affect the prices of land and property in proximity to the new lines.

The study was designed to provide an information base on the provision of compensation to land and property owners in a range of countries.

There is a large literature on this topic. However,  it is mostly confined to identifying the reasons why compensation should be provided.  There is very little on the practices that are followed and how much is paid.

It was also obvious that there is very little in terms of published comparative information on this issue although there are some publications by transmission system operators (TSOs) in different countries that outline their procedures.

Three main sources for the information were accessed for the report. These are:

The survey was conducted online with named contacts in TSOs in 30 European countries. As well as directly eliciting information, it was used to identify links to additional sources of information. This showed that a number of TSOs have undertaken work to codify their own practices and practices in neighbouring countries.

However, many TSOs requested that a copy of the report be made available to them when it is completed.  this underlines that there is considerable interest in this topic, but that there is a lack of comprehensive, reliable, cross country, comparative information.

A key finding of the research was that the practices that are followed in each country for the payment of compensation tend to be closely connected with legislation in relation to the acquisition of rights over private properties and, sometimes, the acquisition of the property itself.

These legal frameworks vary considerably from country to country.  Consequently, there is no generally accepted international set of criteria that could provide reliable guidance for good electricity industry practice in this regard.

As a result, the practices that are employed by TSOs when dealing with property owners, the ways in which compensation is considered and the amounts that are paid have all been shaped and determined by detailed clauses within national property laws and differ considerably across countries, even within the EU.

However, a number of common features were found.  There is fairly widespread agreement – with exceptions – regarding the issues that might lead to compensation and many countries have developed metrics or formula based on these to calculate the compensation to be paid.

Some types of compensation are provided by all TSOs. These include payments for damages to land or crops and the usual practice is to try to restore damage before offering 100% compensation for losses.

A similar approach is taken with respect to loss of crops, but there are a lot of differences in practices regarding how to do this.

The literature review showed that there is limited evidence from numerous analyses of sales prices that transmission lines depress the value of the land over which they pass.  However, practices in how this issue is handled vary.

For the most part, TSOs prefer to obtain easements than to purchase property with some exceptions. Most TSOs attempt to get agreements in place, but some move directly to compulsory acquisition of rights. 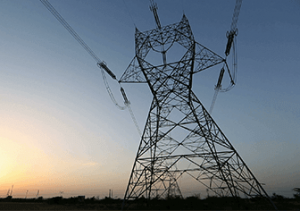 It is also quite common for TSO practices to contain options for arbitration between TSOs and property owners where it is proving difficult to find an agreeable outcome. However, the outcomes of these arbitration procedures do not appear to be made publicly available except in rare cases.

As a result, it is often not possible to be definitive in relation to the outcomes that are produced.

The concept of national interest is important in many countries and where a project is defined as such the TSO often has considerable powers to act.

This literature review showed overwhelmingly that there is no scientific basis for a claim that transmission lines cause health problems. This issue is discussed in more detail in this article.

It is also very rare to specifically compensate for issues such as visual intrusion or noise and the potential for these impacts is usually not recognised in law.

There is huge variation in relation to how to compensate for loss of land but the use of valuers or agreement with national farmer representative organisations are common approaches. Many countries also have detailed laws to guide valuations.

The report has been published on the Department’s website.