The Failure to Introduce Pay by Weight Charging for Waste

It was planned to introduce mandatory pay by weight charging for household waste collection mid-2016.  However, the planned introduction did not go ahead.

Primary legislation was passed in July 2015 and regulations were signed in January 2016. Then a second set of regulations in June 2016 removed the requirement to charge on a pay by weight basis.

KHSK Economic Consultants were commissioned by the Department of Communications, Climate Action & Environment (DCCAE) to undertake a review of the obstacles that led to the deferral of pay by weight.

The research involved a broad process of consultation and a written questionnaire to industry operators. The report was presented to the DCCAE and was subsequently published.

Why was Pay by Weight not Introduced?

The reasons why pay by weight was not introduced as planned fall into three categories.

The first is the adverse external environment into which the measure was to be introduced. This includes an unstable political landscape, a populist ‘issue-seeking’ opposition, a hostile media, and a sour public mood. 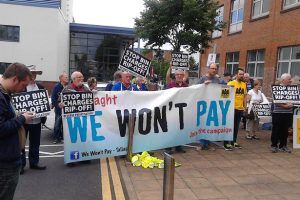 None of this is under the control of the relevant policy makers and it cannot be concluded that any policy innovation in line with waste policy objectives could have overcome this adversity.

However, policy makers must accept that this is the case and the focus needs to move on to the extent to which the measure was optimally designed and communicated.

The growth of opposition accelerated when some operators published their proposed new prices. These would result in substantially increased waste charges for some customers, particularly in the Dublin area.

For legacy reasons, these customers had been paying charges that were well below normal levels.

Operators are of course entitled to raise prices in line with commercial realities and legal requirements. However, a very small number of operators in the Dublin area who had customers on very low charging schemes saw an opportunity to raise prices.

These operators believed that the threat of competitors gaining market share, which had previously inhibited their ability to increase prices, would be temporarily reduced by the changes.

The extent to which this opportunity arose as a result of the disruption that would inevitably arise with a new pricing regime, or was a result of policy design, is unclear.

However, views expressed to the consultants indicated that curtailing below cost selling was perceived to be a likely short term impact of the policy measure.

The inclusion of minimum prices in the legislation also meant that pay by weight became inextricably associated with proposed price increases.

The proposed introduction of mandatory pay by weight pricing then became publicly portrayed and interpreted primarily as a means to raise revenues for operators rather than as a mechanism to implement the producer pays principle.

Consequently, the policy’s objective could not be adequately communicated and there was almost no debate around the desirability of the actual purpose of introducing mandatory pay by weight pricing.

The third category of factors relate to the need for policy measures to be communicated and understood properly. This is the case irrespective of what measure is proposed or how optimal its design.

There was engagement with stakeholders in advance of the proposed introduction and a plan was devised. However, the national programme of communication was inadequate for a number of reasons.

As a result, an alternative narrative in relation to pay by weight was allowed to develop and this narrative was not countered. 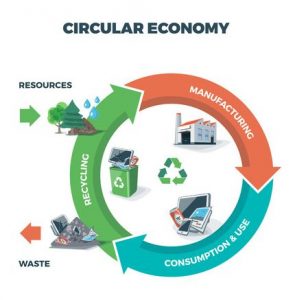 Furthermore, many operators did not adequately publish their prices in a timely manner nor explain adequately to consumers that pay by weight pricing might reduce the cost of managing their waste

There is also a longer term need for ongoing education on good waste management practice and a need for a clear roadmap of how policy will develop.

Where to Now for Pay by Weight?

All is not lost and pay by weight pricing retains a lot of support among informed stakeholders.

It is seen as the right thing to do and there are good reasons to conclude that it is likely to be effective in altering the behaviour of waste producers. The failure to introduce it as planned in 2016 has not changed this.

However, the problems that have been identified will need to be addressed and a new narrative needs to be developed around this policy approach. 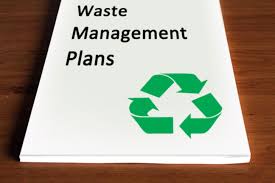 The full report can be downloaded from the Department’s website or from this site.

The consultants are mindful that this review was been prepared with the benefit of hindsight that was not available ahead of the planned time for introducing the policy measure. There is no intention to assign blame in any sense and nothing in the report should be read as such. It should also be noted that it might not necessarily have been possible to foresee in advance the outcomes of decisions that were taken in advance of the planned introduction of pay by weight pricing.