A Talent Attractiveness Assessment of Ireland

KHSK Economic Consultants was commissioned by CPL Recruitment to prepare background data and analysis for a comparative talent attractiveness assessment of Ireland and a number of other economies.

Eight economies – Ireland, the UK, the US, Spain, Germany, the Netherlands, Singapore and Poland – were included in the assessment.

Talent attractiveness is seen as a key element in competitiveness and Ireland’s performance in this respect is important for the ability of the country to continue to attract leading multinationals to the economy.

Talent attractiveness is a multi-faceted subject and the report drew on a broad range of data, primarily obtained from official sources such as national statistics offices and respected international organisations.

This article summarises the findings of the study for two aspects: a comparative assessment of the overall quality of life in the countries that were examined, and Ireland’s competitiveness as measured by a leading research centre.

Ireland’s performance on Quality of Life is mixed when compared to other OECD countries.

Average household net disposable income was below the OECD average in 2015, even though average earnings were among the highest in the OECD at$52,000 (compared to an OECD average of $44,000).

At around 5%, the long-term unemployment rate was more than twice the OECD average, but both labour market insecurity and job strain are better than average.

Housing conditions, health status and environmental quality are generally good, while civic engagement and governance is an area of comparative weakness.

Over 80% of Irish adults have attained at least an upper secondary education, which is above the OECD average of 75%. Despite this, repeated assessments of adult literacy and numeracy skills place the country in the lowest tier of the OECD.

Perceived social support is a clear area of comparative strength with almost 96% of the Irish population reporting that they have friends or relatives whom they can count on in times of trouble, compared to the OECD average of 89%. 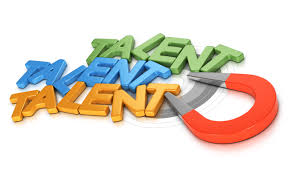 Germany and the Netherlands performed well across most well-being dimensions relative to other OECD countries. Household net adjusted disposable income is above the OECD average, but household net wealth is just below it (due to low rates of home ownership).

Both countries have relatively low levels of both labour market insecurity and job strain while employment rates are high.

Personal security, social support and education and skills are generally all areas of strength, but civic engagement and governance tends to be somewhat low.

In contrast, Poland’s average household net adjusted disposable income was just 60% of the OECD average. Job strain among Polish workers is comparatively high with employees having less time off than the OECD average. Life expectancy in Poland, at 78 years in 2015, is among the lowest in the OECD, and only 58% of Polish adults perceive their health as “good” or “very good”. However, education levels are good.

Personal security is comparatively high, the homicide rate is one of the lowest in the OECD area, social support is good and life satisfaction is above the OECD average level.

The situation in the US is quite different. It performs strongly in terms of material living conditions and average disposable household income is the highest in the OECD. Average housing conditions are good, and the long-term unemployment rate is low.

However, work-life balance is an area of comparative weakness with over 11% of employees working very long hours, and full-time employees reporting that they have less time off than in most other OECD countries.

At 79 years, life expectancy is within the bottom third of the OECD although perceived health is good. The United States also has one of the highest rates of homicides in the OECD.

Nearly 90% of the adult working-age population have attained at least an upper secondary education, but the skills of both American adults and 15-year-olds are lower than the OECD averages.

As part of this it collects information on the factors that it considers to be most important for the talent attractiveness of a country. It then analyses the data and publishes a Talent Competitiveness Ranking. 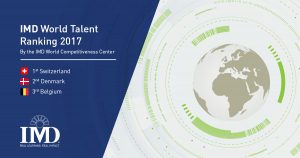 The data are analysed these under three headings. Investment and Development measures the resources that are committed to develop home grown talent in the country. Appeal evaluates the ability of each country to attract talent from abroad when required and to retain talent. Readiness refers to the quality of the available skills in the talent pool.

The ranking for each country under each factor is the result of scoring across a range of indicators. Countries can also be ranked according to their scores on each of these indicators and this provides a relatively straightforward way to consider the data.

The ranking of the countries under consideration overall and for each of the three factors is shown below. (The lower the number, the better the performance).

Switzerland is the top ranked country overall and is also top for the Appeal and Readiness factors.

Switzerland’s strengths lie in the implementation of apprenticeships schemes, the emphasis that is placed by enterprises on training workers, the quality of its health infrastructure, the quality of life it offers, high remuneration, its capacity to satisfy existent talent-demand and in language skills.

The top ranking is achieved despite relatively low public expenditure on education as a percentage of GDP, relatively high pupil-teacher ratios at both primary and secondary levels (which are often considered to reflect the quality of the education system) and a very high cost of living.

The overall assessment of the research was that Ireland’s performs quite well in terms of talent attractiveness on many factors. Social conditions are generally good but the impact of the macroeconomic weaknesses of the past decade is also notable.

These and other weaknesses are being exacerbated by the current housing crisis despite the upturn in the main economic measures.

A further interesting point to emerge was that blunt measures of performance, such as GDP growth, fiscal deficits, costs and levels of public expenditure, are not particularly good indicators of attractiveness.

Instead, the much more nuanced approach and use of detailed data, such as is done by IMD, is more useful. However, it can be difficult to develop and manage this detailed data and to draw the correct lessons.