At last, the talk appears to have turned from predictions of impending devastation to imminent recovery of the Irish economy.

Consider the glut of speculative headlines that the Government is about to introduce a (relatively) giveaway budget.  This is based on some real indications that things don’t have to get any worse.

However, the leap of logic between the facts and the speculation is, as usual, very great.   The fact remains that ‘bouncing along the bottom’ remains the best analogy, as it has been for the past couple of years, for most of the economy and the overall picture, despite some real improvements.

One glaring omission from speculation about an upturn is any real evidence of new thinking or that new ideas have really permeated the system.

Notice the parade of advocates for different groups explaining why they should be first in line to benefit from any loosening of fiscal policy.

We don’t even seem to have stopped to consider how we might go about thinking about the economy we wish to see emerge.

And so, we remain wedded to multinational investment and low corporation taxes.  Not that these are bad things.  But, surely, we need something new?

A Little Bit of History

Look at the previous great economic downturns Ireland experienced and the innovations that results.

The stagnation of the 1950s ended with a totally new perspective on economic development including a much greater role for Government, opening up to outside investment, the role of education and, ultimately, planning for EU membership.  Those were big ideas and they are still central to Irish policy.

The 1970s/80s recession brought about Social Partnership, a new view of how Ireland could benefit from foreign firms and investment, considerable reform in areas such as competition, the evaluation of investment and planning, and a range of structures at national, regional and local levels to foster activity.

Not all of these new approaches were equally successful, but in many cases failures arose as a result of a failure to properly implement plans or through a type of regulatory capture that either resulted in abandonment of necessitated it.

The point is that these earlier downturns brought about big new ideas and real changes.  Not just changes that were imposed by economic constraints but real positive changes to stimulate and guide recovery.

The big difference is that changes that come about simply due to constraints mean that reversion is a real possibility once the constraint is removed.

Thinking Big: Where are the Big Ideas?

So, where are the big ideas this time around?

Big ideas require a lot of thinking and space if they are to emerge.  This is not happening.

In part, this is a continuation of the anti-intellectualism that was such a part of the Ahern Governments and that remains entrenched in the Irish policymaking system at the highest levels.  No space is made for thinking and no one is actively promoting it.

This was fine once the Troika was  in town as Irish policy was basically to find ways to implement what was mandated.  But, now what? 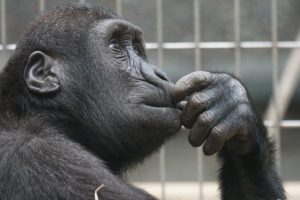 In one sense we may not need to think up the big new idea that is required for recovery, because we already know what it is.  It’s called reform.

And this needs to start at the top with the very structures that determine how Ireland is governed and how policy is made.  Indeed, the promises at the last election were that there would be reform.  But it is now pretty clear that there will be little or none.

And so, the big idea is stillborn.

Where are the Small Ideas?

What about the minutiae of policy, the small thinking?  These are the details that can be changed without changing the big structures.

The fact is that there are numerous places where relatively small changes in economic policy and regulation may be what is required to stimulate recovery.

The recent failure to conclude an energy export agreement with the UK is an example of failing to get this environment right and had nothing to do with budgetary constraints.

The failure of the construction sector to get going is also a good example.  The fundamentals that support demand for housing remain strong and there are indications that actual demand is recovering.  The problem is lack of supply activity.

One reason of course is that a key element of the infrastructure, namely, the privately owned businesses that organise and undertake construction, has been destroyed.  But businesses would re-emerge if profitable opportunities arise.

That this is not happening indicates that there are inhibitors that are limiting or preventing opportunities for profits.  These constraints are known.  Problems in planning, the very high tax on windfall profits from re-zoned land, the social housing requirements in the Planning Acts, and the problem with accessing finance are examples.

Many of these were discussed almost two years ago in a report for which I undertook some research.  Very little has been done yet, despite some recent suggestions that some changes are being considered.

Why does it take so long?  One reason is that there are valid reasons for not changing.  But what are the costs of maintaining these restrictions?

These are the choices that policymakers need to make.  But, even a hint that some change might be made to assist developers to get working again risks a populist backlash.  And this is the cost-benefit calculation that matters.

The problem with no reform is that the ‘little thinking’ does not result in actions.

Instead, we get a series of sectoral plans that do not address the big issues and remain vague on details.

We have had enough policy statements along the lines of ‘National [insert word as appropriate] Strategy’ that are vague and aspirational and whose failure can always be explained by funding constraints.

We know funds are constrained, this is not about to change in any real sense.  How about a focus on efficiency?

Do we have an efficient policymaking system?

Do we have an efficient system of Government?  This is where change is needed.